Harlem Bling’s iced out watches are so stylish that you will wonder why you never tried Moissanite before now.

Moissanite is an incredible material that is at the heart of our hip hop iced out watches. Read on to learn more about this amazing rare stone and the benefits that it offers. 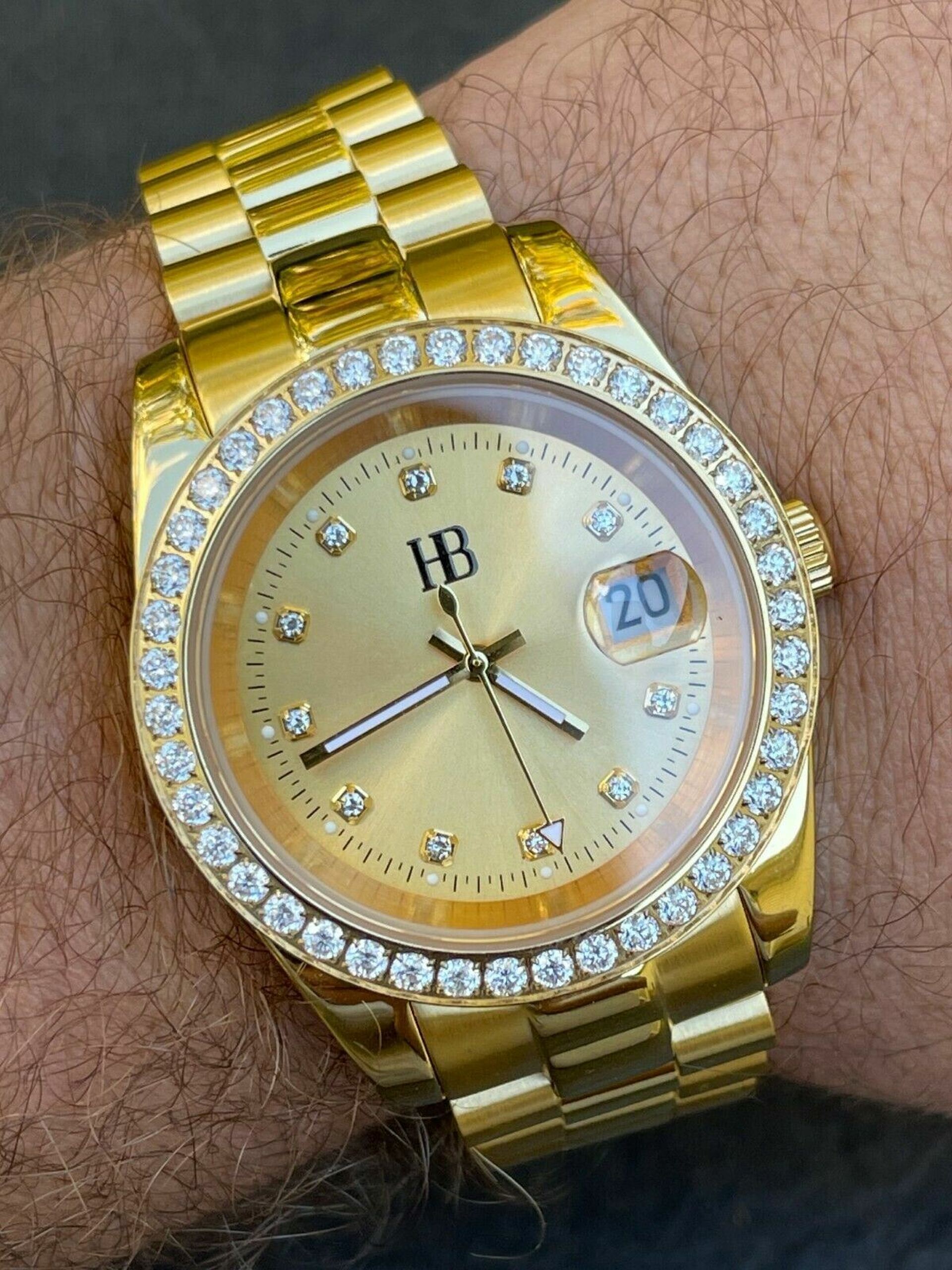 Moissanite is a rare mineral composed of silicon carbide. Moissanite was first discovered in 1893 and was initially mistaken for diamonds. Since then, it has become a valuable and highly sought-after substitute. In fact, Moissanite is brighter than diamond, allowing it to reflect light more beautifully. Therefore, our Moissanite iced watches have better brilliance than diamonds.

Moissanite has another advantage that diamonds can’t match, and that is the “fire” effect. Just as our Moissanite makes the look of our iced out watches real, Moissanite expertly reflects white light, so does colored light. The latter effect is called the flame effect.

Appearance is one thing (for many people, it’s the most important thing), but Moissanite has other benefits. Because Moissanite contains silicon, this amazing rare mineral is more resistant to dirt and grease than diamonds. This plays an important role in making your Moissanite look so brilliant.

If you have other minerals that become “fuzzy” on you, then you will never have to worry about Moissanite. Just as it remains beautiful forever, so does its clarity and attractiveness.

As mentioned earlier, the reflective properties of Moissanite make it look brighter than diamond. But another aspect of Moissanite reflection makes it stand out from diamonds. This is the refraction quality of Moissanite is twice that of diamond, which makes our iced out diamond watch collection better than the competition.

This causes incredible light and colors to bounce off the many reflecting and refracting surfaces of Moissanite. Color is not something that diamonds can handle well. Therefore, diamonds sometimes look a bit one-dimensional.

For our Moissanite iced watches, the situation is just the opposite. The color is bright and vivid, bringing this rare mineral to life in a way that diamonds can never do.

Having said that, the Moissanite mineral itself is usually colorless, just like diamonds. It is the reflective properties that give Moissanite its sparkle, making our iced watched a one of a kind must have for men. 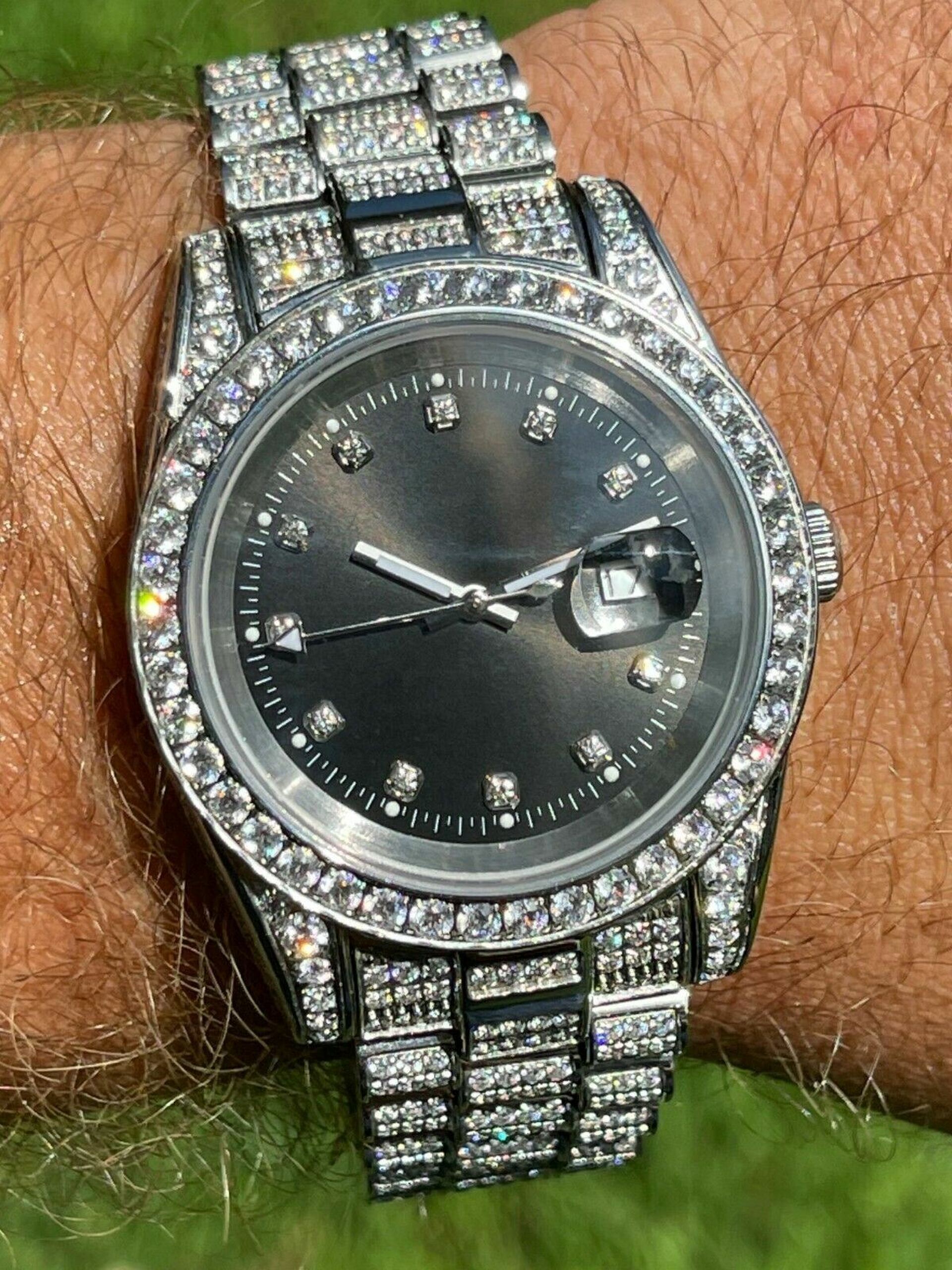